I'm packed mostly. I'm full of OTC meds-they really do work to suppress symptoms. Mildly coughing but ok to fly. Suppressed symptoms-where do they go? There's an alternate reality where fevers/snot/coughing/sore throats go to commiserate. I can barely hear them complaining and whining. Tomorrow the big adventure over the ocean with my old friend/ex g'friend to Tuscany and the Holy Roman Empire. With our bags stuffed with, no doubt, the wrong clothes and a bunch o'euros.

The wedding ceremony is written and rehearsed. I bought a gorgeous black silk dress that was very expensive. I will wear it somewhere, either the wedding itself or the welcoming party at the villa.

Check me out, ole Beth C from Upstate NY. Reading a book called Let's Pretend This Never Happened. That was me, the feral girl raised by a dad who skinned rabbits and cleaned ducks on the cellar stairs.

Now I'm gonna get me some culture in Europe.

In the meantime, I'm blasting the music and dancing in my living room. Sliding around on the floor.

The person I'm not dating wants to be friends.

I can do that.

I'll write when I come back, not taking my computer. Or I won't come back because Italy is too beautiful to leave. It could happen. Garlic and wine. Art. Music. I don't speak Italian but I could learn.

Twirling in my beautiful silk dress.
Posted by beth coyote at 9:33 PM 5 comments:

Of course. I'm leaving on Saturday and yesterday it was clear that I was getting sick. The works, high fever, headache, snotty nose. Spent the night so far moaning and thrashing. The first day, when you think that death would be ok because you feel so awful.

It's after midnight and I think I might live. And I have to get better enough to get on a plane in four days. I'm not going to do anything except stay in bed. Randy will get Felix tomorrow so I don't have to worry about dealing with him. I got euros yesterday at the bank. I still have to call the phone company to get my phone switched. And I have to figure out what cold/flu remedies I can take to suppress symptoms for the 13 hour plane ride (sheesh).

Reminds me of my time at Esalen, very beautiful expensive place and I was sick the whole time, coughing and feverish. I might try to see my doc before I leave for emergency meds of codeine cough syrup and antibiotics, even though this is a virus and abx don't do a thing...

Two babies at once and no room at the birth center so one of them delivered on our clinic room floor by the exam table. Very gracious they were, didn't care where they were as long as we were with them. A fine, fat baby girl, as yet with no name.

Today performing a wedding for a writer friend. Coming and going, all the time. A week to Tuscany.

Whew. I can sleep on the plane.

There is more pondering going on over here today. And I have moved everything into the 'living space' of the house. Gawd, I'm tripping over boxes and the vacuum cleaner and bottles of wine that now live on the floor of my bedroom. It's a true mess. And for my mild OCD, completely crazy-making. I put something down (somewhere) and then spend half an hour looking for it, pacing around the house loudly cursing and alternately sobbing. I have learned, however. I tend to put things on top of other things. THAT'S why my keys 'disappear'. The other night, I had to go to a neighbor to ask him to call me so I could locate my phone (under a book).

I've begun to pack, well, I'm thinking about packing for Italy. I don't have a staging area like the nice gray-haired men do. I don't have a floor, or a table and I sleep in the bed so hell.

And I've decided that none of my clothes are any good and I should get a whole new wardrobe but I have neither the time or money for such foolishness.

The bride sent some suggestions for two events where dresses might be required. The wedding, natch, and a dinner on Monday night. I don't have dresses. I have a skirt but mostly I have shorts and light weight pants, including what I'm gonna wear to 'officiate' in. I do have two new bathing suits so I thought I could live in those with a sarong while on the estate, except for the aforementioned formal situations. It's hot in Tuscany, y'all.

I do have a pair of fancy prescription sunglasses that make me look like a movie star so if I wear those maybe no one will notice I'm wearing a Speedo and a Hawaiian sarong with huge hibiscus on it. With flip-flops. And a straw hat. 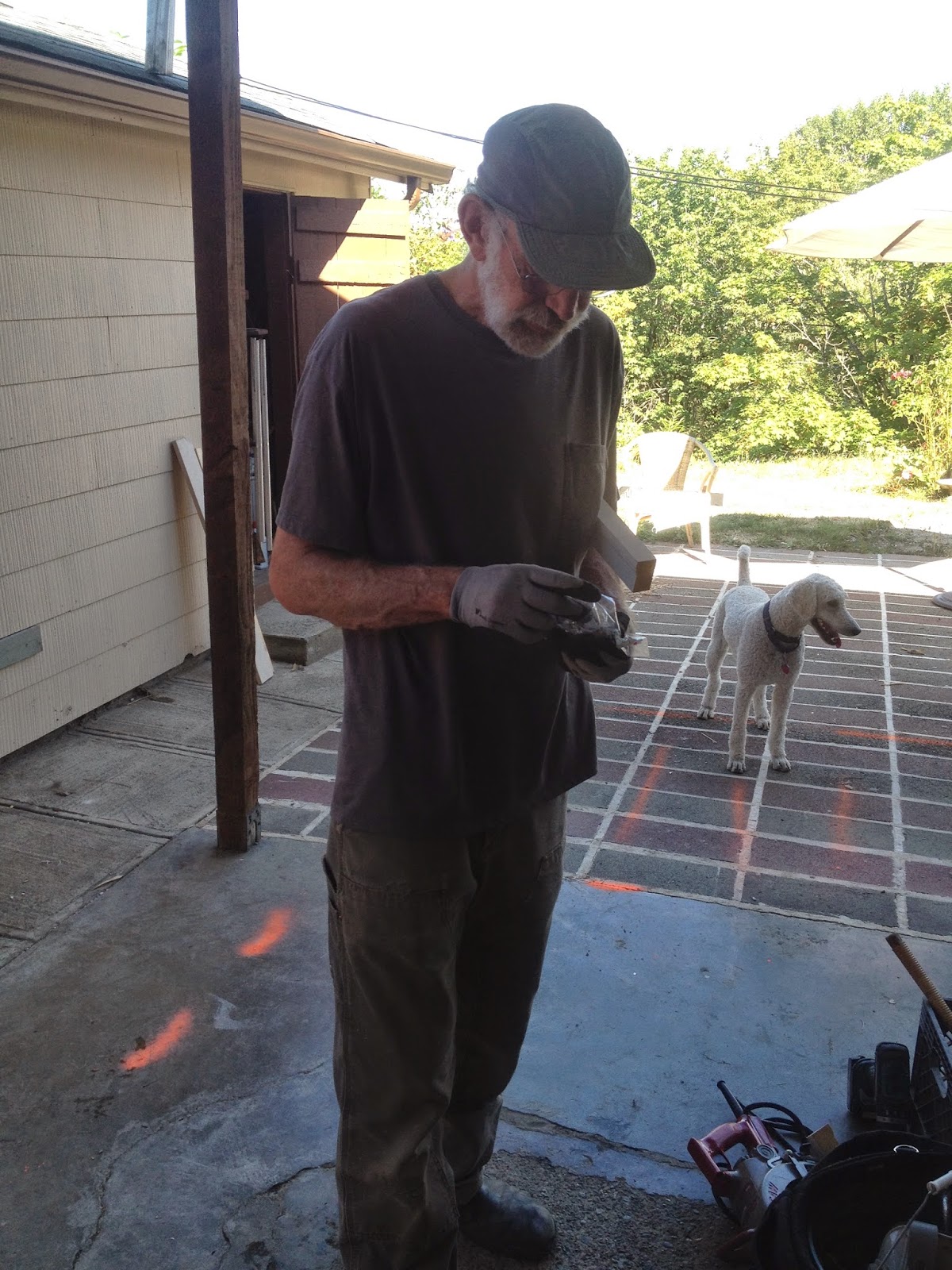 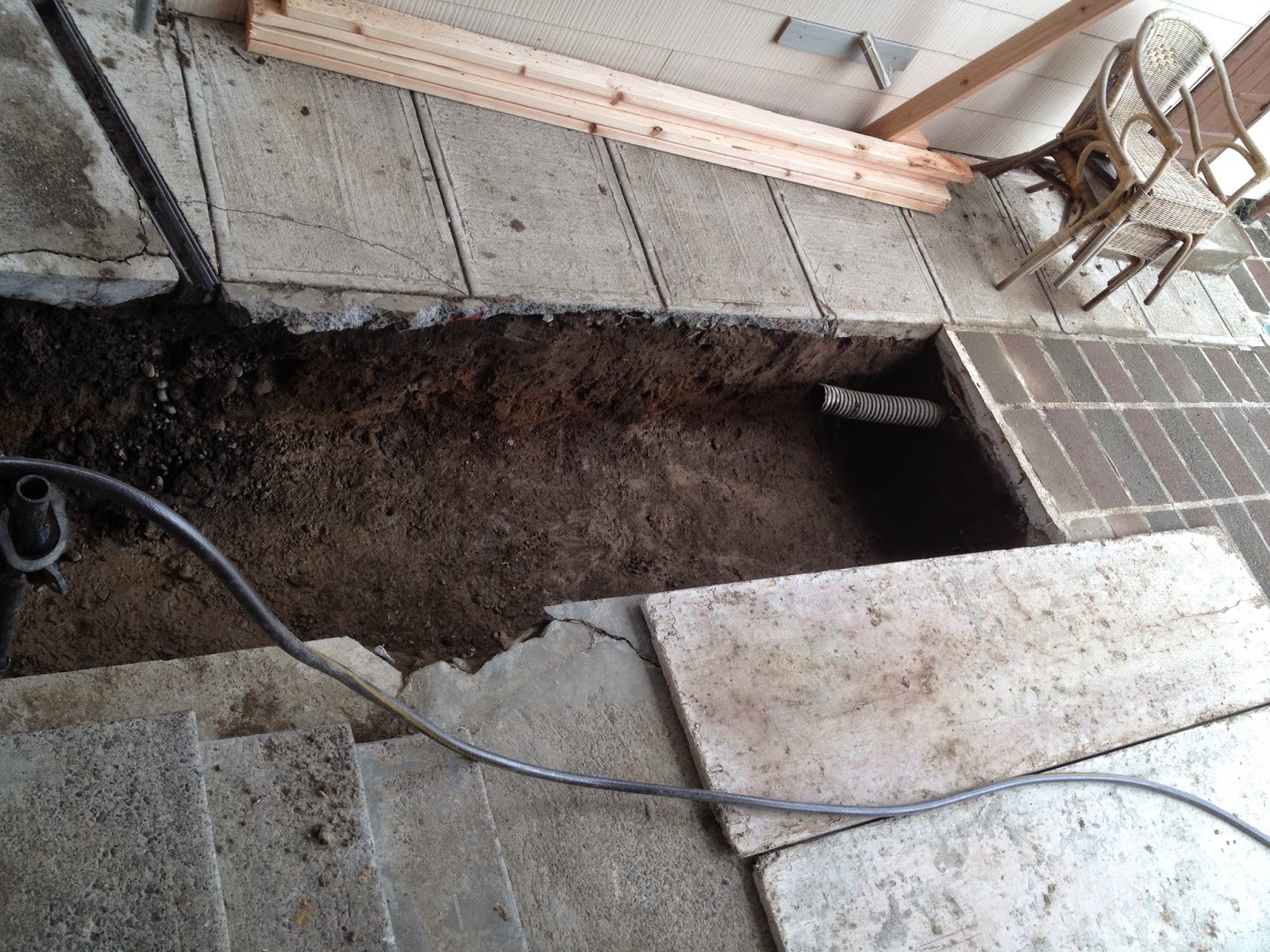 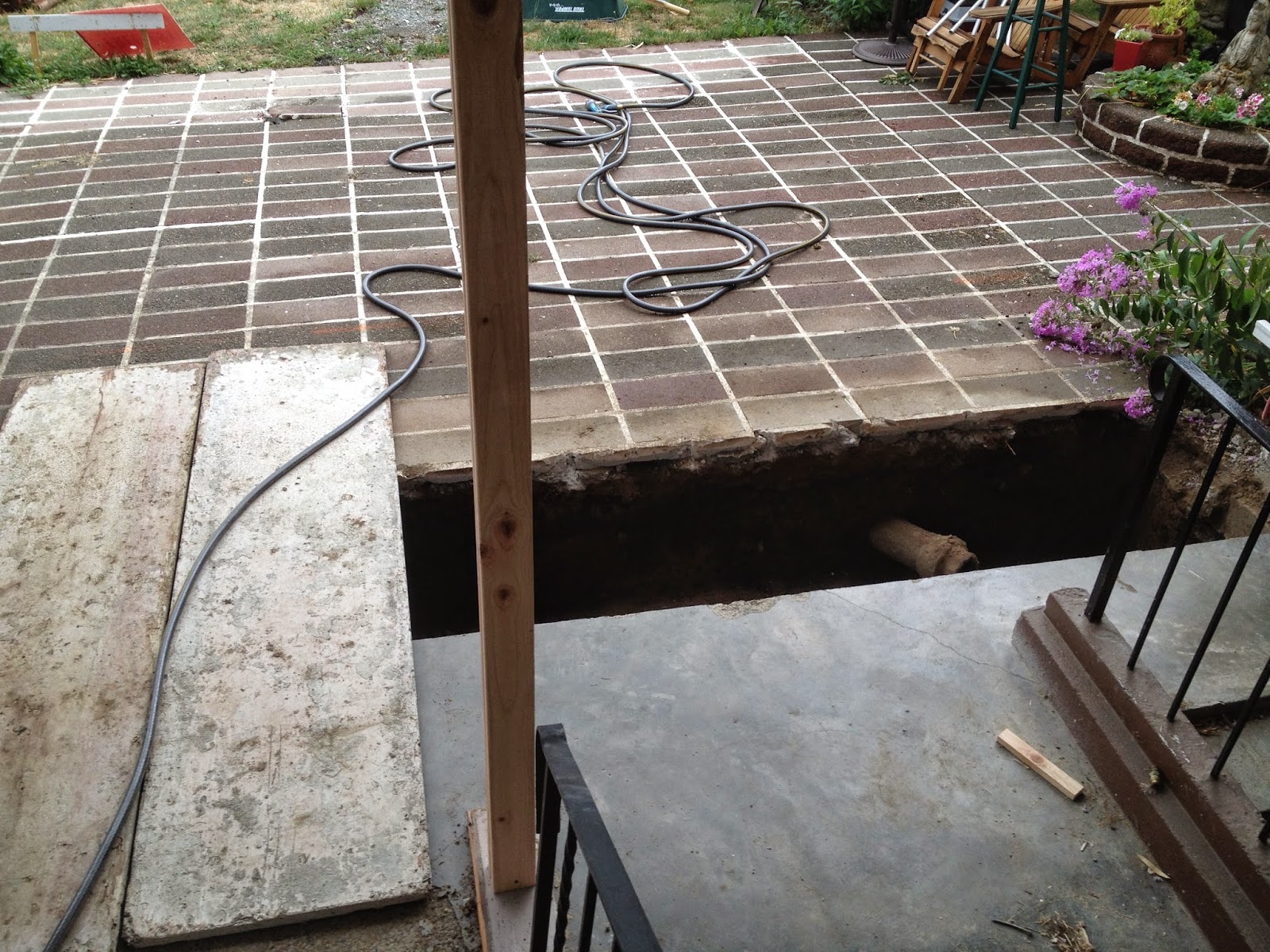 I leave for Tuscany in TWO WEEKS, holy shite. I have to spend some time contemplating what I'm going to say to the assembled. I have ideas, many ideas. And poems and wise and pithy sayings and so forth. No pressure but they are flying me there and keeping me in a villa so I better be good.

However, it's hotter than, well, you know and Felix and I must head to the swimming hole and plunge in, at least for an hour.

In a dream, I delivered the bride's baby and all was well. She's not pregnant but apparently she was in the dream and she pushed out a nice round and fat baby.

My little kat licks herself compulsively and then throws up hairballs all the time. I think she needs valium.
Posted by beth coyote at 3:23 PM 3 comments:

A beautiful man spray painted all iridescent blue with a full peacock feather tail and a springy head piece.
Posted by beth coyote at 10:33 PM 1 comment:

I don't understand the principle of the 'self-cleaning' oven even though my oven is, apparently, doing just that at the moment. Not finding any noxious burn your eyes, scald your lungs oven cleaner, I have resorted to the self-cleaning feature and we shall see. Does anything else self-clean? I've always thought that babies were pretty self cleaning while they were breastfed. They smelled good, their poop was rather innocuous  and they peed water. And they weren't playing in or eating dirt yet.

My katz self clean but then deliver puddles of hair balls on a regular basis os I guess that doesn't count.

There are self cleaning windows. Do these come with scaffolding and wee men on ropes who squeegee up and down with that characteristic squeeee sound?

Today, the gray haired balding bearded men will arrive to do something to my house. Mysteriously, some orange marks appeared on the patio where the foundation will go. And the plans disappeared. Aside from that, NOTHING has happened. And this drives me crazy. I have a patience problem or if you will, an impatience problem. And it has been weeks since we sat around the table discussing what to do where and with what and how. And I think this is how it goes mostly. So I have become Zen about this when I'm not willing something to happen. Boxes here and there, my weird kitchen and the horrid yard which I continue dig up. Only about 43 more cinder blocks to go. My version of weightlifting.

I bought a bag that has wheels AND converts to a backpack AND has a detachable day pack. Maybe I
could ask it to clean the oven if my experiment doesn't work.

In honor ( I think) of Seafaire last week I saw:

1. Several Navy guys in their dress whites.
2. A lady by the fire station wearing a belly dance jingly belt over her dress. She was waving two rainbow flags and a large wooden cross.
3. A drag queen with large puffy mint-green hair, a chic belted dress and 6" green pumps at 7:30 in the morning.

It reminded me of a morning in San Francisco by the Castro (all gay all the time), when I watched two persons in killer bee costumes get out of a small sedan and a Sister of Perpetual Indulgence 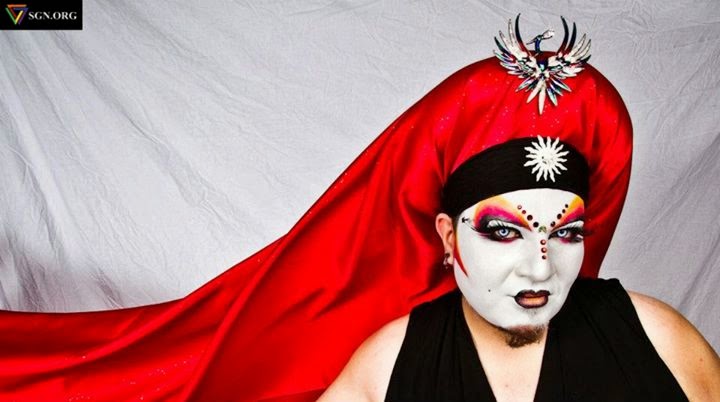 on roller blades cruise by and I thought, I'm not in Kansas anymore. Some time I'll have to write about Halloween in the Castro before it became a spectator sport.
Posted by beth coyote at 11:58 AM 6 comments:

My ladies came over and we ate salmon and ice cream and drank wine and danced barefoot in the living room. And we listened to this song.
Posted by beth coyote at 9:26 PM 6 comments:

It's Seafaire weekend and the Blue Angels are directly overhead (I do live on a large hill) and twice this morning GIANT HAIL and a downpour smashed on us. Then the sun comes out and pretends nothing has happened. La la. Planet revenge for all the noise.

Yesterday I escorted home my shiny new red kayak. I hope we're on the water tomorrow. And I found some pretty clothes for Italy. Always a question-what to wear to blend in, be in the background of the blushing bride and groom person. And Tuscany is August will be HOT so hopefully no sweat stains or fainting.

Watched ALL of the last season of The Killing. Whew. Total blubber-fest by the sixth episode. And if any of you haven't seen the Danish version, you must.