First they came for the Jews
and I did not speak out
because I was not a Jew.

Then they came for the Communists
and I did not speak out
because I was not a Communist.

Then they came for me
and there was no one left
to speak out for me.
Martin Niemöller
Posted by beth coyote at 10:51 AM 2 comments:

Today there was this: 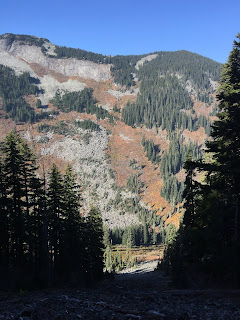 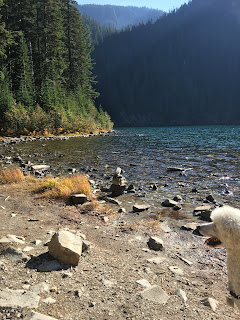 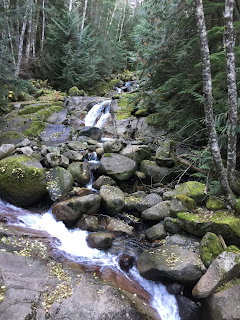 Lake Annette with Felix and Holly. Beautiful October day. We talked about everything so all is solved. Don't worry everybody. All will be well. We have a plan which involves casting spells and burning sage. 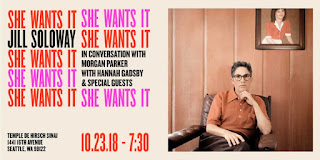 Perks of living in the city, y'all.

My friend and I went to see this movie after the Kavanaugh hearings. We were looking for an escape and the buzz was, well, buzzy. Oscar nominations, best actress, Cooper directed and starred, etc.

Cringy is more like it. Creepy, horrid, depressing, ug.

From the first scene, we see our 'hero' amble off stage, get in his limo and hit the bottle. Ok, he's got stringy hair, a red (alcoholic) face and I'm sure he smells really good. In that alcoholic, sleeping in your clothes, can't remember when you last brushed your teeth, sweetish gin smell the day after kinda way. EEWWW.

He lands in a drag bar where our heroine takes to the stage as the one cis gender straight woman in the place and does a Ma Vie En Rose, alerting Cooper to a nascent budding star.

And they fall in love.

That's where I got lost. Falling in love with an end stage alcoholic isn't falling in love. It's a lot of other things but love?? He's checked out, people!! He can't walk straight or think straight. We never see him vomit but he stumbles, pees himself and can't make it through the day without being hammered.

And then **spoiler alert**he kills himself. Well, he was doing a pretty good job of it with alcohol and drugs (oh yeah, he's popping pills and crushing them up to snort, even getting a bloody nose, very attractive). But no, he also hangs himself.

His blue eyes stay clear and his liver doesn't quit on him so he could turn yellow. So there's that.

But calling this a love story is so far off the mark.

Gaga was great. The woman can act. And I usually loves me some Bradley.

But yuck. And don't get me started on the 'great man' promoting the little lady and then BLAM, stardom. Cuz women can't make in on their own merit, right? At least nobody grabbed her ass.

Anger. And fear. There is resistance in us, individually and collectively. I won't wait for the good men to speak out. It's all in the open now. We've been through hard times before.