You need not spend the credit now. If you don't, it will simply remain in your account. But then again, maybe you should. In a complex, scientific study conducted by a local second grade class, books purchased less than a month after taking residence in a bookstore were seven times more likely to have a positive self image. Books with red covers, especially. Perhaps you can help.

I just ordered three books from Powell's and this was the message about my credit from my brother (a Christmas present).

I didn't, unfortunately, order a book with a red cover.

Yesterday I attended a poetry reading that was quite juicy. I heard Mary Ruefle and Joshua Beckman. Then I went to a reading for a book about women in Buddhism, Hidden Lamp. It was boring, so boring. Holly and I were texting each other while the editors droned on.We left and went for pie. I had cherry. 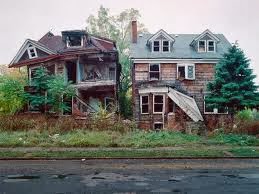 Today is my birthday and while my partner is delivering babies, I am going swimming, then to the spa, then to a dinner party for a bunch of poets and writers. Rebecca and I had dinner last night at Bengal Tiger and I heard all about her adventures in the snow back East. New York (sigh).

My friend who is marrying this summer in Tuscany has asked me to officiate at her wedding. Ha! They are renting a villa with five houses on it, several swimming pools etc. Pure opulence. She's buying me a ticket and feeding me. The villa is an hour and a half from Florence. Uh, I'll have to go there too. Trying to decide if I want to stay on longer than a week.

I'm beginning to house hunt in earnest. I've forgotten what a weird experience that is. The photos on-line make the rooms look huge and the yard gigantic and the bathrooms pristine.

What the description doesn't say is that the house is under the flight paths from the airport (double thick windows supplied by the city!) or that the neighborhood has no stores or restaurants and is impossible to get to. But the price is right!

My agent Rosemary is friends with Eden, my younger daughter and yesterday she asked if Eden knew I was looking for a new house. She said she has to do a good job with me because Eden will question her judgment so there's double pressure on her to find the right house. As long as the house has a MIL, a fireplace and is near a greenbelt (or in a greenbelt) and a dog park and the water, I'll be happy. Oh, if the house isn't falling down and in need of a roof/plumbing/front stairs/windows, that would be good too. Although for the right location, I'm willing to compromise. I have peed in a litter box waiting for the bathroom to be done.

Just say no to a mortgage. In my current house, the mortgage will be paid off when I'm 92. Really.
Posted by beth coyote at 8:31 AM 9 comments:

I saw/heard these women last night. We were singing and crying and clapping.
Posted by beth coyote at 9:10 AM No comments:

The house on the very street where I want to live was awful, weird yard, cheap upgrades, ants (!) and the best of all, they converted the garage into a master bedroom so the French doors from the bedroom open on to the driveway. If the blinds are open, you see your...car? Uh, so no. No basement, no possibilities for a MIL for when I'm decrepit and someone lives with me and carries me around.

Still. I walk around looking at everything here. The basement needs to be emptied. Not much down there except dust and the litter boxes. The garage, oh boy.

I talked to my brother yesterday. In among the patter, I mentioned the period of time when I was homeless after our mother had throw me out. He said he and my other sibs were never told what happened to me. He hadn't know until about 10 years ago. We don't ever feel safe. He fusses about money all the time. He worries that my sister and I will need watching over and he'll need to support us. Legacy of anxiety.

So selling this house, cumbersome as it is, feels ok right now because I'm choosing to sell it. No one is forcing me to leave, taking what I can carry with me. Ug.

Yesterday, while walking in Seward Park, a place of eagles and old growth trees. it was crashing rain with sudden sunlight. So beautiful, the wet branches and buds on the deciduous trees through the top of the park. By the water, I caught a little hawk landing on a branch. As the sun warmed us, she opened her wings and spread her tail to dry her feathers.

My car is making a strange clunking sound when it changes gears. Uh-oh. I wish it would magically fix itself. Probably not going to happen.
Posted by beth coyote at 8:46 AM 4 comments:

This was my valentine's gift

Sweet Rosemary, my daughter's friend from college, is a real estate agent now and she came over and looked at my huge house and made notes and lists and said, sure, sure in the most comforting way. Meanwhile my head was spinning and floating with detritus; what if I convert the garage into an apartment and then I'd have two renters so I could stay here, but wait, I don't want to stay here. The upkeep, the expense of painting, roof, yard, etc etc etc.

So this morning she sent me a photo of a house on the very street I want to live on, south of here, backing the greenbelt, fireplace (o joy), small lot, smaller house, o yes. We're gonna go look at it this morning. The bank thinks I might qualify for my current house AND a new house so my mortgage would be a million dollars (here hyperventilating begins) but Rosemary said I could come to her house for dinner.

I don't want to think for a moment about packing and moving. I've been here for 13 years. Enough time to gather way too much stuff.
Posted by beth coyote at 9:02 AM 7 comments:

Bracing, that was the walk Felix and I took. Rain and wind and large former snowmen, currently blackened lumps that the dog barked at, circling around and around while growling. Because former snowmen looked pissed off, all melty and lopsided.

When you come home wet and bedraggled, then you can eat anything you want, even a whole bag of cookies. It's to get warm, right?
Posted by beth coyote at 7:19 PM 1 comment: 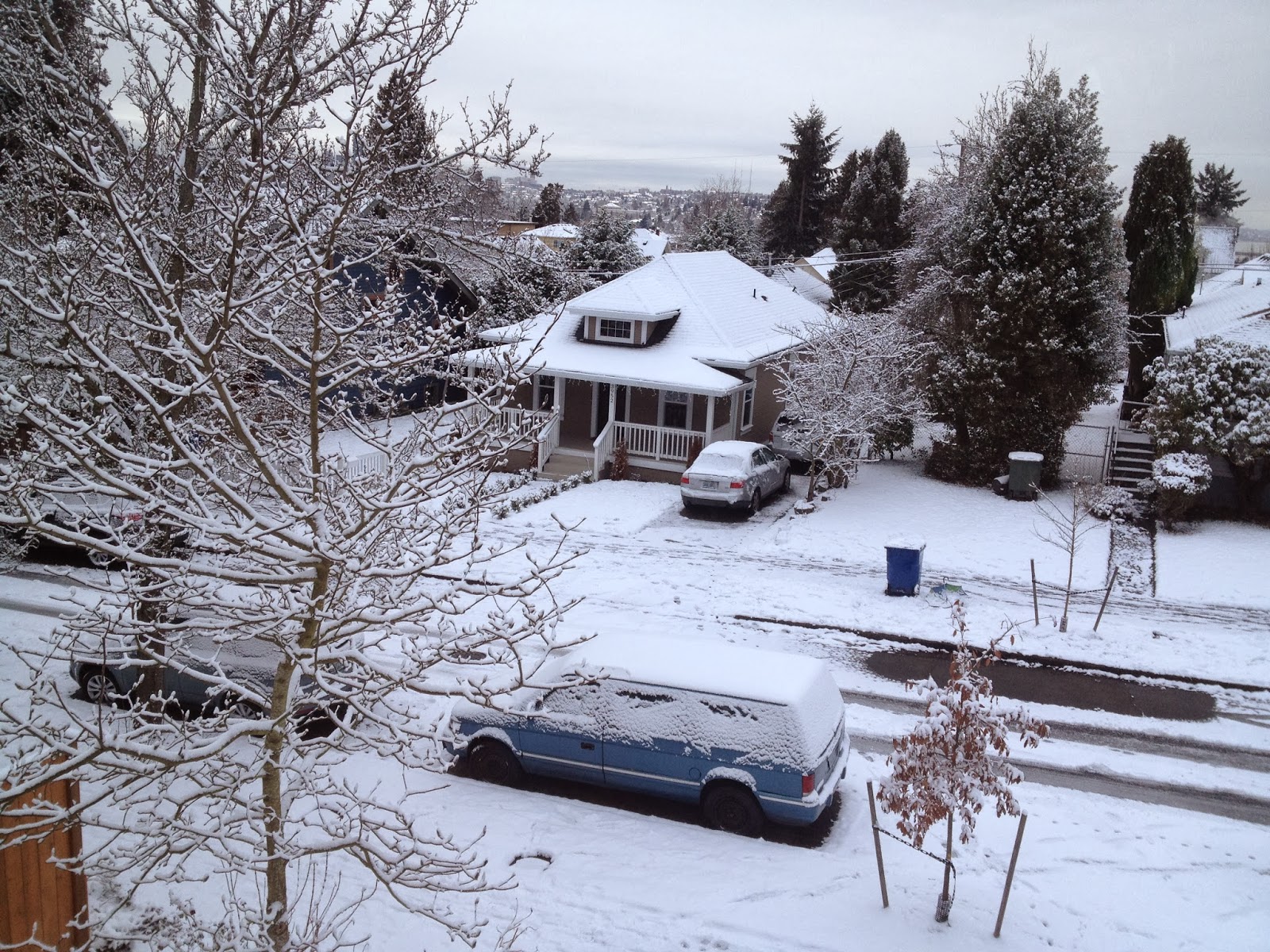 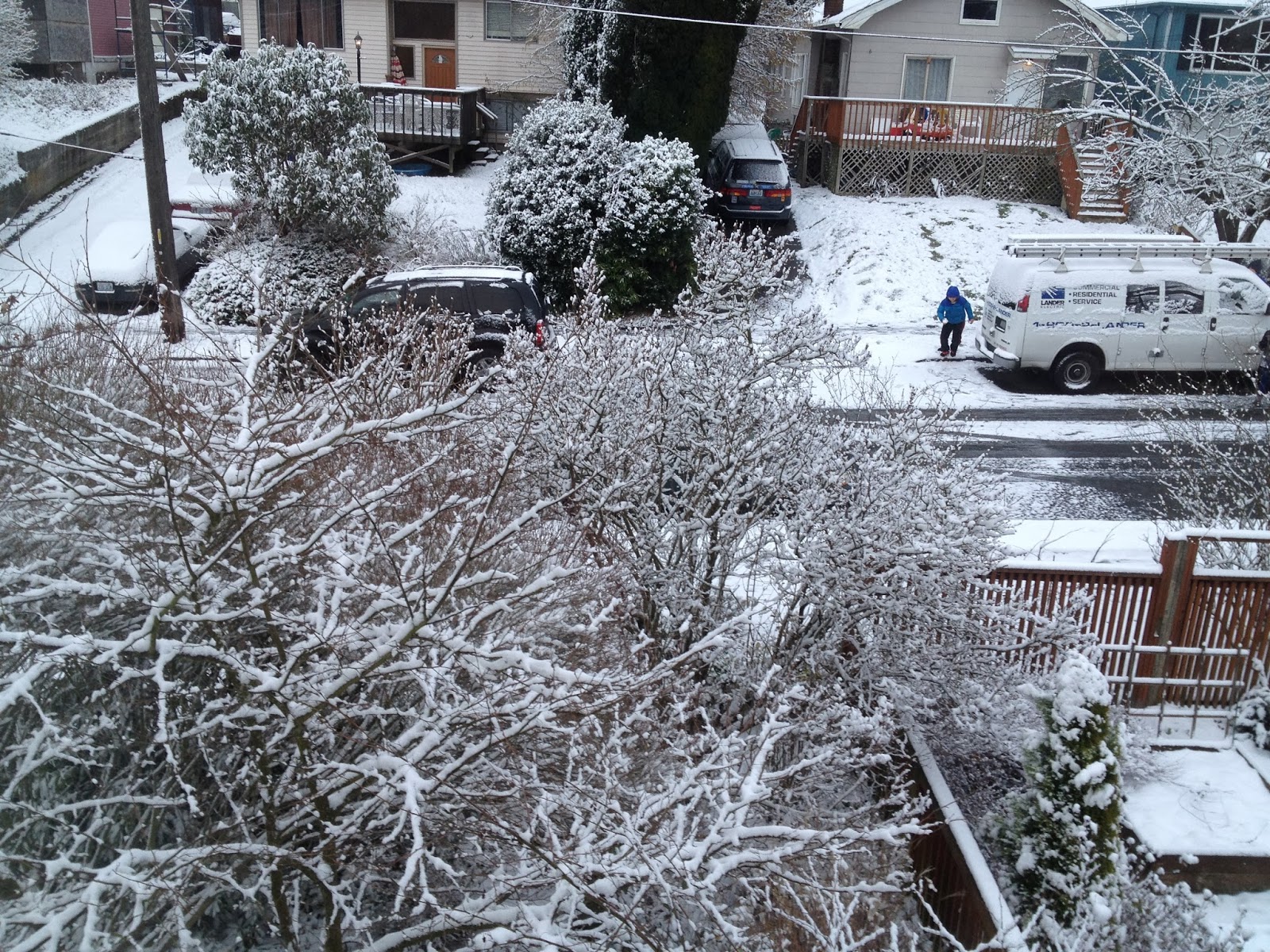 And the kids are all out throwing snowballs. Felix went into a seizure of delight, barking and sliding and eating snow and cavorting.
Posted by beth coyote at 12:16 PM 7 comments:

IT'S SNOWING.
Posted by beth coyote at 8:43 PM No comments:

Off to freeze my face off with the dog in tow. He has no opinion about the weather. He'll take anything if there are occasional squirrels to chase and a ball to retrieve.

Tonight a birthday party in a Moroccan restaurant with belly dancers. Going with Clark, my gay husband.

I may do a bit of this on the table for the birthday girl.
Posted by beth coyote at 2:26 PM 3 comments:

Cold morning in February, my birth month. Sunday morning I sent in an application to volunteer in the Philippines for a month. Now I'm anxiously checking my email every day to see if I've been accepted. What if I answered the questions too briefly? Perhaps I didn't go into enough detail. There were whole pages to fill up. I didn't fill them up. I was succinct.

Going into another disaster zone scares me but because I've done it before, I know what to expect (sort of). Sleeping in a tent, minimal food, distressed and traumatized people. Emergencies beyond me. In Haiti we were asked to treat all comers. So we saw hypertension, skin diseases, sick kids, burns, the works. We had reference books and baggies of pills, under a tarp in the street. We called it the rubble clinic because it was amidst the rubble, next to a collapsed church with the remains of the nursery school children inside.

I can deliver a baby, manage a hemorrhage, sew up a tear. I can resuscitate a baby. I can witness death and destruction without losing it. What I can't do it fix it. I can't make all the wars and natural disasters stop. I can't end the suffering. But I can be present for those it has affected. I can do that. I can get myself half way around the world to be in the presence of great sorrow. That I can do.
Posted by beth coyote at 7:54 AM 5 comments:

No no oh no