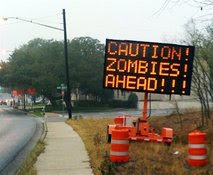 Snow again? It's almost gone from the skylight. Wishbone came in and got muddy footprints all over my white robe, which was on the floor, admittedly. I'm going to an open mic tonight with Kelly and Josh. I used to go to an open mic every month with my friend Maryanne. She taught me the ground rules. Sign up, but don't be the first or too far down the list. If you're first, you have to suffer through the whole night of other readers. If you're too close to the end, people have a) left b) gotten drunk or c) aren't listening because they've already read and they don't care anymore.. Other rules: be polite (totally impossible), don't leave until everyone else has read (also impossible) and don't BORE the audience with long-winded explanations of the genesis of your work. If it is funny and short, you can get away with it. I like the Rebecca Loudon suggestion: get up, punch them with a few great pieces and then sit down. It helps if you have some great poems, of course.

So I went to a Red Sky open mic once and there was a guy who got up and sat at the piano. Uh-oh, I thought. He had a crumpled and folded notebook which he propped on the stand and he started in. He proceeded to BANG on the keys with no apparent intention except to make a lot of noise while shouting his poem from the notebook which kept slipping from the stand and landing on the keyboard. It was deafening and alarming. And I couldn't understand him at all. We sat in the audience, pinned like moths to a board, with glazed and gaping expressions. You know the look. You could see the little bubbles over people's heads...how can I get outa here, omigod, this is excruciating, when will he stop, I gotta pee, etc. Mercifully, Paul Hunter the emcee, thanked him about 5 minutes in and signaled the end of the night.

I still get scared when I read but once I have read one poem, I feel better. Someone once said, know your audience. And how do you do that? Read a zombie poem and see how they react. Oh, and watch out for zombies ahead when you're driving. They make pesky speed bumps.

The snow is actively melting now and I have gardening to do.
Posted by beth coyote at 9:55 AM

The brave one who hacked that road sign is probably my (undead) soul mate.

I love that road sign. I want it in my city.